Amandine Favier is head of the Sustainable Finance department at WWF Switzerland, one of several national offices across the world that make up the global conservation organisation, which celebrated its 60th anniversary this year.

Best known for its environmental activism and wide-ranging conservation efforts, the organisation also works with banks, insurers, regulators in raising awareness of how risks like climate change will impact their investments and pressing them to align their goals with the Paris Climate Agreement.

Through research, such as it’s recent retail banking survey, WWF also seeks to hold finance institutions to account and monitors how they are integrating environmental objectives into their businesses.  “The WWF has both a critical mind but is also a collaborative organisation,” said Favier. “We challenge but we also want to work with industry to advance a topic,” she added.

Favier joined WWF Switzerland in 2012 after several years working in the financial industry for the likes of Deutsche Bank and is also part of one of the Building Bridges’ expert groups. Below, she gives a first-hand account of the changes she has witnessed over the years in the sector’s attitude towards sustainability and how to accelerate efforts.

SFG: Based on your first-hand experience at WWF working with financial institutions, how far has the sector come in improving on their sustainability practices and making a real change?

AF: Compared to nine years ago, when I started working at WWF, the main change I see right now is a level of awareness within the industry and among decision-makers. The topic has gone from the niche to the mainstream and has reached the higher management of banks and insurances. There has also been an acceleration over the last year and a half since all the climate strikes. The conversations we were having with banks changed a lot after that and it’s very interesting to observe how sometimes pressure from the outside really has an impact.  So here we see an improvement, with more and more banks starting to join the Race to Net Zero and pledges such as the Net Zero Banking Alliance, which now counts over 43 banks.

What’s more, risks associated with biodiversity loss are now also starting to be discussed and that is great to observe because it was a topic that was absolutely not mentioned or not present 10 or even 5 years ago. We also now have several high level initiatives that are emerging on the topic such as the Finance4Biodiversity pledge or the work around the TNFD (Task Force for Nature Financial Disclosure).  WWF Switzerland is also active in this field and is working with partners on the development of a concrete new method to measure biodiversity-related financial risks which will allow them to measure companies’ dependencies on biodiversity and translating this into financial risk metrics.

However, if you consider the current climate and biodiversity crisis, pledging is not enough, and it’s really time for action.   To give you an example, a recent study from Urgewald & partners, revealed that the large commercial banks worldwide have financed over $300 billion dollars in the coal industry over the last two years. So overall, we see the level of awareness increasing and the financial industry pledging more, but often action is not always following.

SFG: Recent reports like your flagship retail banking report and Switzerland’s climate climate compatibility test would suggest that the urgency is not there yet on the part of the financial sector. What needs to be done to step up the pace of this change?

AF: In a study published last year with PwC we offer over 40 concrete measures, or six main leverage points, for improvement. These include turning Switzerland’s political commitment to net zero greenhouse gas emission by 2050 into a legal obligation for financial actors and setting a political goal for aligning financial flows with a biodiversity  recovery.  We also called for the fiduciary duty notion to be revised so that financial actors and regulators need to integrate climate change and biodiversity risks. We were happy to see a motion, which recommends this, recently adopted by the National Council.

Companies and financial actors also need to establish measurable strategies and targets to  reduce greenhouse gas emissions, and to disclose climate and biodiversity diversity-related financial risks. And here, it’s also interesting to see the decision of the Federal Council in December last year to prepare a binding implementation of the Taskforce on Climate-related Financial Disclosure (TCFD) recommendations for large companies in Switzerland.

Clearly, having a conducive regulatory framework is important and this is still missing in Switzerland. Without credible standards and common definitions, ensuring the necessary transparency will be very difficult to achieve.

SFG: We hear over and over again the warnings about corporate greenwashing despite more efforts to regulate the market. Do you see the trend increasing?

SFG: How do we ensure this doesn’t happen?

AF: Transparency is really a precondition for bringing the financial markets towards more sustainability and to allow investors and clients to make decisions that are informed and in accordance with their overall environmental preference. What matters is that the information made available by financial players is standardised and comparable. It’s really essential to have a common understanding of what a sustainable or green economy is. This so-called taxonomy, which needs to be based on scientific criteria, should also go beyond just green activity like the European Union is currently doing; ideally we should have a taxonomy, which also covers brown activity such as oil and gas  and grey activity such as cement or steel.

Greenpeace’s recent study illustrated this very well. It showed that sustainability funds in Switzerland hardly redirect capital into sustainable activities compared with conventional funds. They also didn’t show significantly lower carbon intensity than regular funds. So it’s really misleading for the asset owner or retail investor who wants to invest money more sustainably today. We also see it also in our retail banking report, where it was a part of the method to analyse how the banks are reporting on the sustainability impact of their products they sell to retail clients and we really see that there’s a wide range of practice. So, customers often lack the transparency which is required to make well-founded and, you know, sustainable, informed decisions.

SFG: Industry data shows that sustainable finance is booming with record flows into sustainable funds in 2020. At the same time, reports like that of Greenpeace suggest there is a mismatch in the market in terms of the true sustainability of these products. What are your thoughts?

AF: Yes, there’s a mismatch between the growth and the quality of products.  We really have to pay attention that the quality [of these products] is being measured and that their impact on the real economy is being demonstrated. Another issue is that a lot of ESG funds are equity funds. So the impact to the real economy, if we are honest, is diluted. It’s a secondary market compared with financing, lending or underwriting a project or a company where you really have a direct financial flow going in a company and a direct client relationship. However, through forceful shareholder engagement with companies  investors can try to influence the companies they are invested in. In order for the engagement to be forceful, investors need to fix clear engagement targets, a time-line and an escalation plan.

SFG: The recent Shell court ruling among other recent climate case wins, shows how quickly the tide can change. Companies in Switzerland could find themselves at the centre of a court case sooner than they think – do you see signs of corporations and their investors here taking this much more seriously?

AF:  Globally, we see that more and more investors are realising that being invested in high-emitting companies that do not want to change their business model is a risk. We also see that with the recent shareholder wins in the case of Exxon and Chevron. So, investors are taking climate risk more seriously. There are also a growing number of investors that have joined the Net Zero Asset Owner Alliance pledge where they commit to transition their investment portfolio to net zero by 2050. But in Switzerland, we only have two of the large insurance companies who have committed to it.

So, I would say that maybe because we have less high-emitting companies, or we don’t have an oil and gas industry, there is a perception that we are less exposed. But we also do have large emitting companies, if you think about the cement sector for instance, such as Lafarge Holcim. Another thing to mention is a  recent ranking of the Swiss Climate Alliance showed that only 10 per cent of the 115 largest pension funds analysed are considered as good practice when it comes to managing their impact on climate change and decarbonisation of their portfolio. Time is running out, and there is still a lot to be done.

SFG: What other areas do you think investors should be paying more attention?

AF: We need to go beyond climate and tackle biodiversity in nature risk. Until today, if you look at the overall narrative, the investors really focused on the topic of climate change when considering environmental risk. But actually, climate change and biodiversity loss are very closely linked. The more you lose in healthy ecosystems, the more you lose in nature-based solutions to fight climate change and absorb carbon. So it’s very important to understand that the two are really closely correlated and reinforce each other. This is not really being taken into account in models that financial institutions are using today, which means that climate risks are actually being underestimated.

SFG: You are an expert for one of the workstreams on the Building Bridges conference.  What does WWF want to bring to the summit and what do you think the most important priorities or outcomes should be?

AF: We would like to bring the critical mind and ensure that actors do not only speak about the good that they do but that they also discuss the actual gaps and challenges as well as the potential solutions.  We also need to ensure that we not only focus on asset management but have a broad discussion on sustainable finance and how the financial sector can contribute. When we talk about sustainable finance, it’s not only about asset management or ESG equity funds. It’s also about financing, lending, underwriting, insurance – and that includes their role as insurers and not only as investors.

On our side, though still to be confirmed, we would like to have a roundtable on retail banking and explore what are the issues around integrating sustainability into the industry. We would also like to discuss transition finance –  how do you deal with companies  that are actually polluting but we need for the transition? And what’s the role of finance here?

I think [other priorities at the summit should be] ensuring that we go beyond climate and also discuss biodiversity, or other sustainable development goals (SDGs)  such as  human rights.  For me, a really needed outcome would be to see real action being taken at a summit and more commitments from financial actors and regulators.

Building Bridges 2021 : we are searching for an intern ! 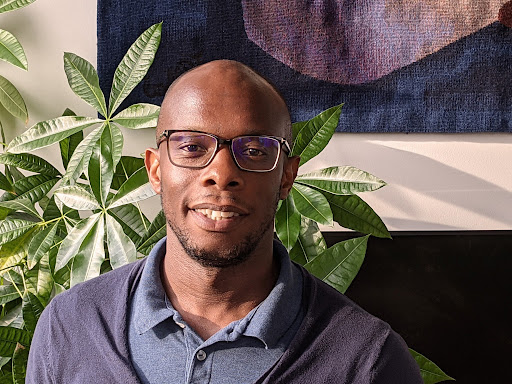 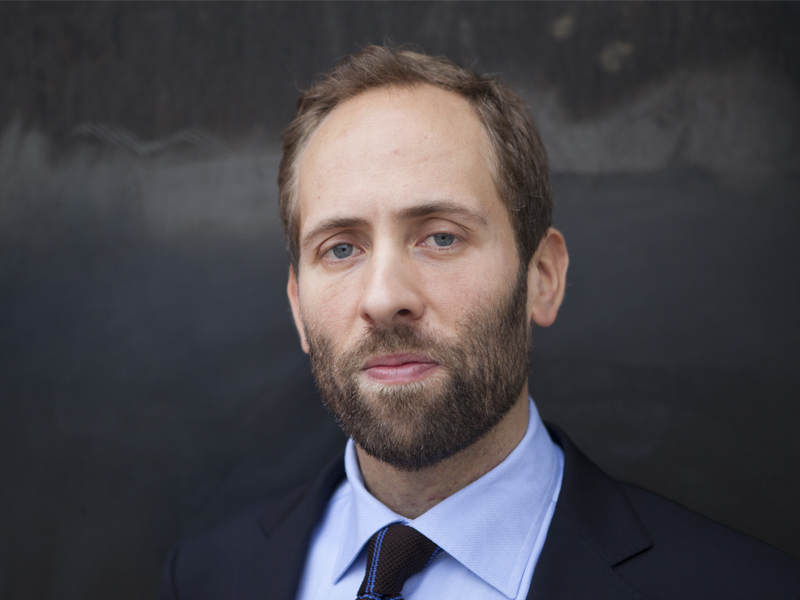 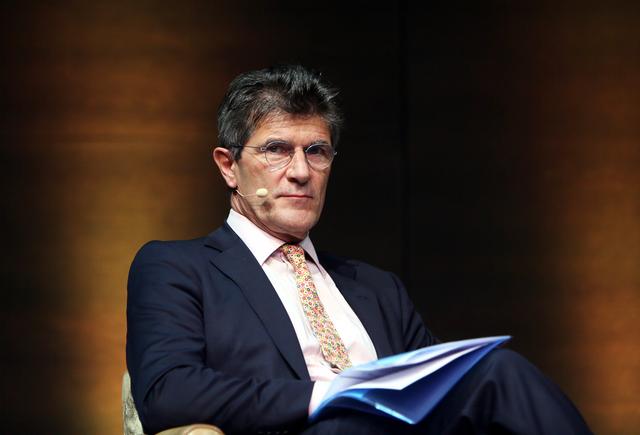